Joan of Arc Society of Scholars

Purpose of the Scholars Program

Within Oakland Catholic reside many students of significantly high caliber. They adapt readily to our scholarly methods and pursue their studies enthusiastically. Motivated far beyond a simple desire to achieve, they exhibit a zeal for knowledge that propels them toward an interdisciplinary approach as they grapple with research topics, contemporary issues, and the drive of their own intellect. These students have existed at Oakland Catholic since its conception, but they have not always been publicly recognized for their outstanding achievements and unfaltering quest for knowledge. The Joan of Arc Society of Scholars was formed after reviewing the history of these students and their academic careers at Oakland Catholic. Although the National Honor Society, various accolades, and many prestigious universities recognized the talent of these students, there was no formal program at our school that officially acknowledged them as a group of students who entered Oakland Catholic from the start with a purposeful intent to hone their intellects. They consistently performed exceptionally well in an academic environment they had chosen to make even more demanding than required. The Joan of Arc Society of Scholars was conceived to respond to the needs of these students and to assist them in their academic journey.

A Call to Greatness

The Scholars Program at Oakland Catholic is named in honor of the school's patron saint, Joan of Arc, who was called as a very young woman to demonstrate strength through faith, courage, and intelligence. She was called to greatness and answered that call in the face of adversity and controversy.

JOA Scholars have also been called to greatness.

In the midst of a rigorous academic program, research that may lead to more questions than answers, and a society where ethical issues are brought to the forefront on a continual basis, JOA Scholars are grounded in the underlying Christian concept that we are obligated to give back in proportion to what we have received.

The scholars at Oakland Catholic are guided to use their gift of intelligence for the greater good via annual interviews with the program's director, opportunities to explore other cultures through performances and local presentations, and the school's overriding atmosphere where service is the standard.

In short, JOA Scholars are called to develop their full potential as leaders of tomorrow.

Benefits of Membership in the Joan of Arc Society of Scholars 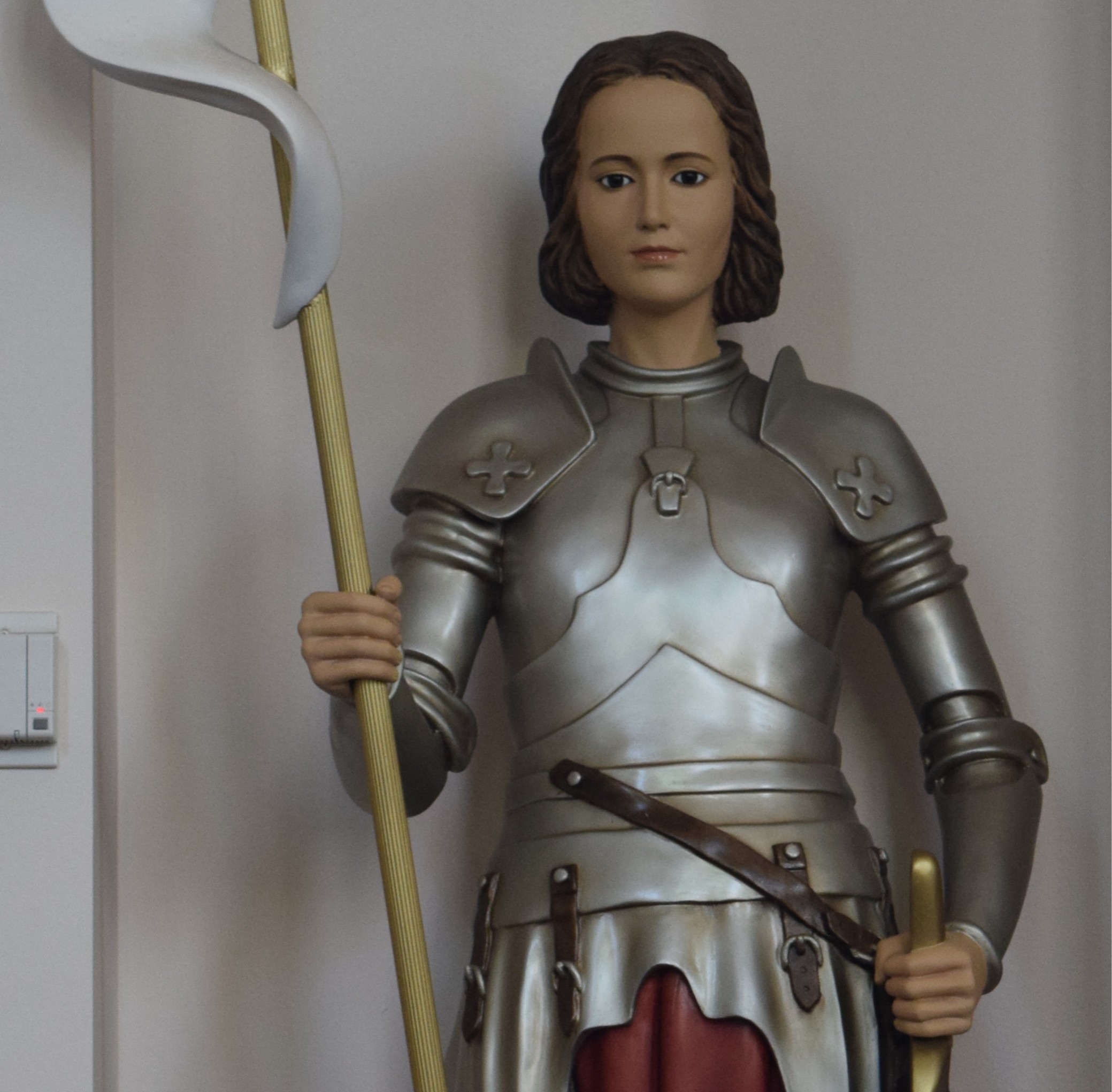 Friends! Alumnae! Honorary Eagles around the world! This year’s OC Give Day is next Thursday, March 4.
Check out the challenges and get ready to make your mark on OC’s largest day of giving!