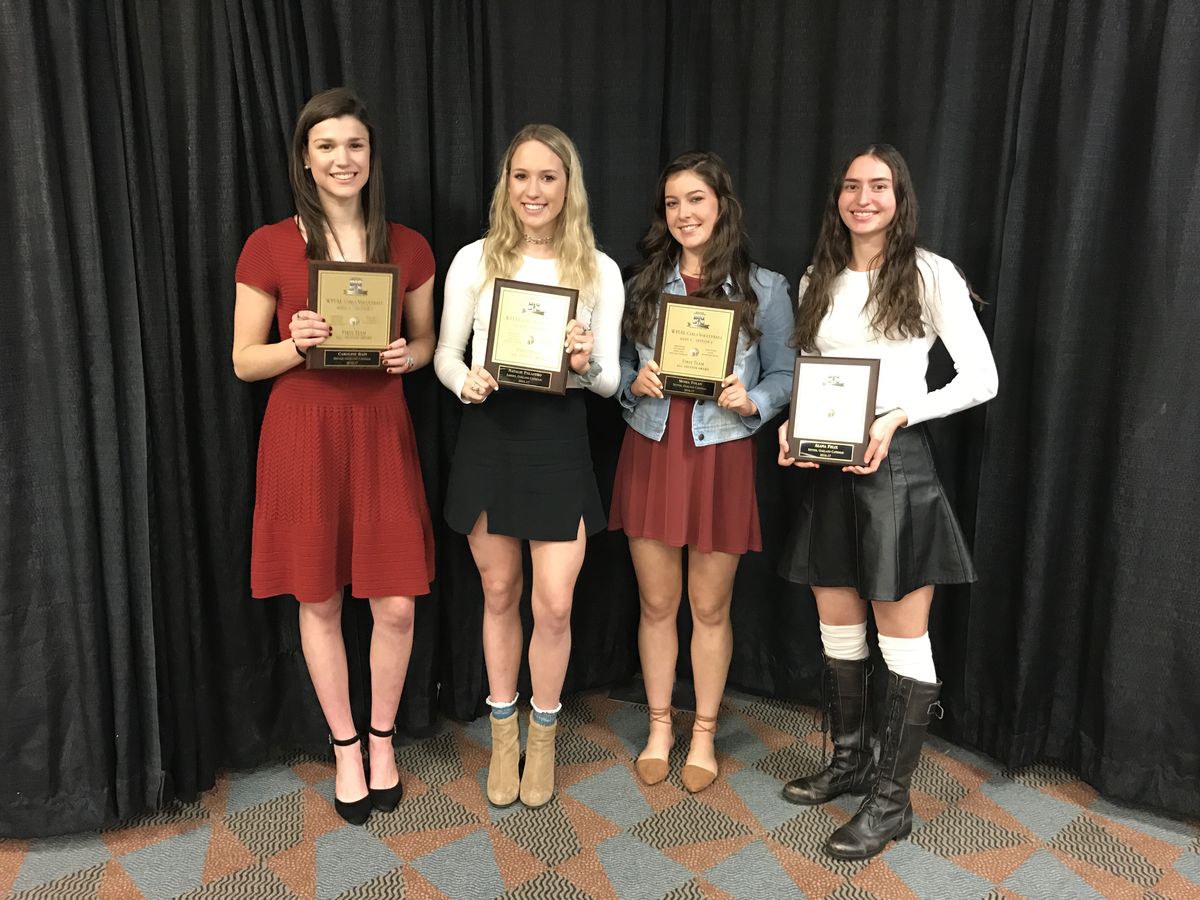 Five OC Eagles were recognized at the Big 56 Banquet on Monday, November 14th at the Monroeville DoubleTree by Hilton Hotel hosted by Andrew Stockey.

To be nominated for an award, coaches from each section vote on the seven best players and coach as an all star team. The positions are very specific; one setter (awarded to Moira Folan '18), one libero (awarded to Natalie Palastro '17), and five position players (awarded to Caroline Bain '17 and Alana Felix '19). Varsity Coach, Karisa Haslett was the recipient of the Quad A Section 4 Coach of the Year! 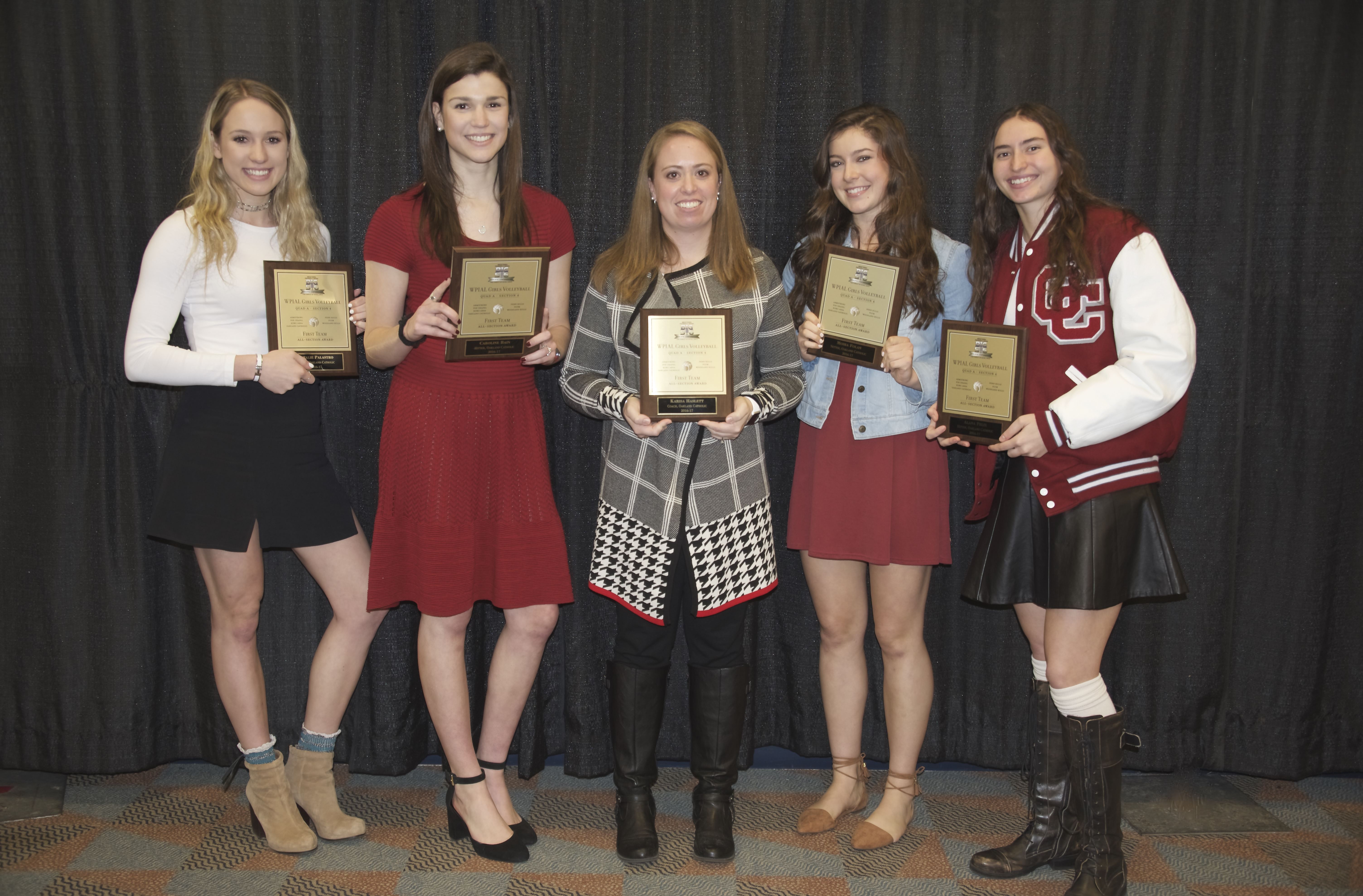 This is a huge honor and accomplishment for our Eagles. Congratulations to Moira, Natalie, Caroline, Alana and Coach Haslett! 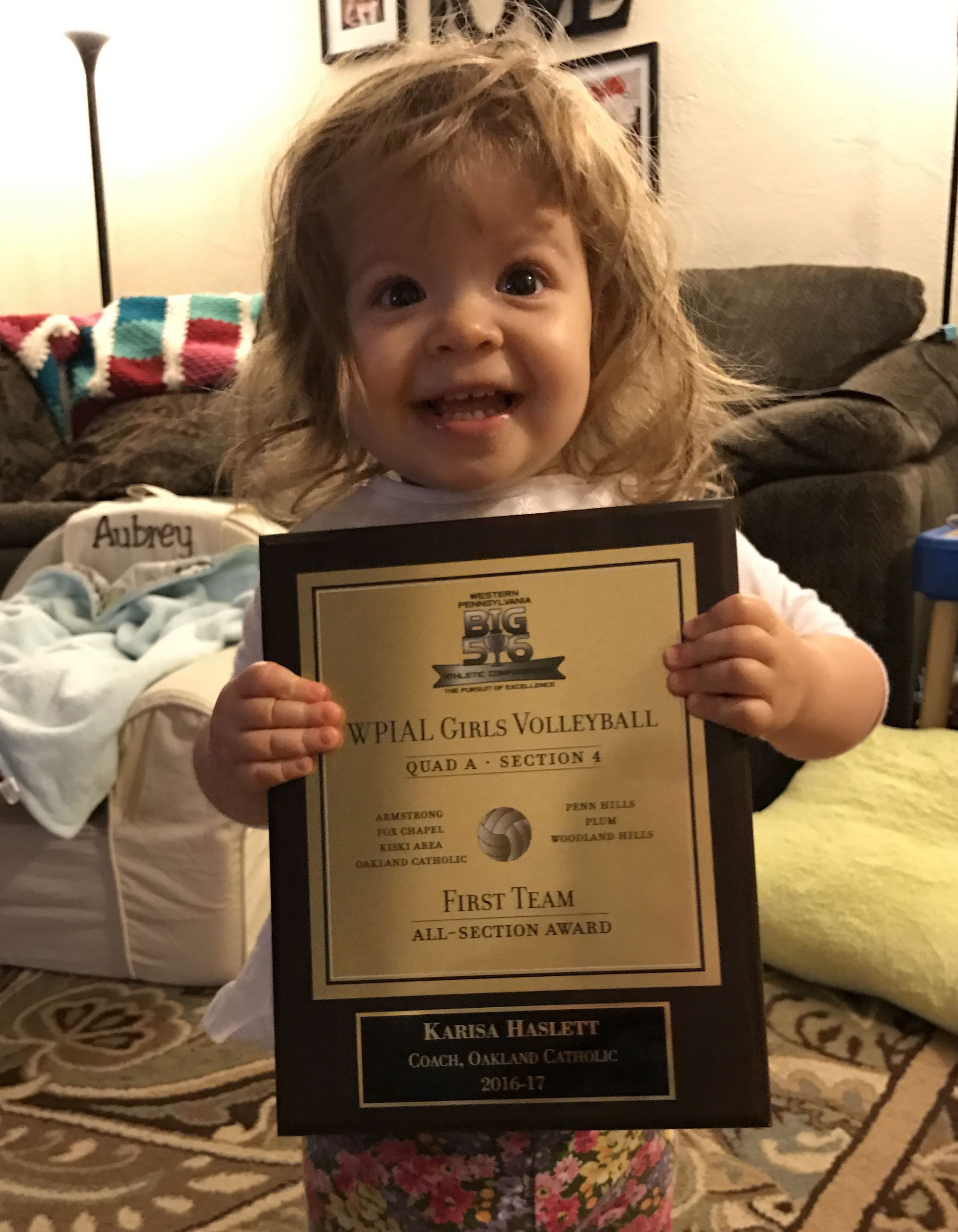