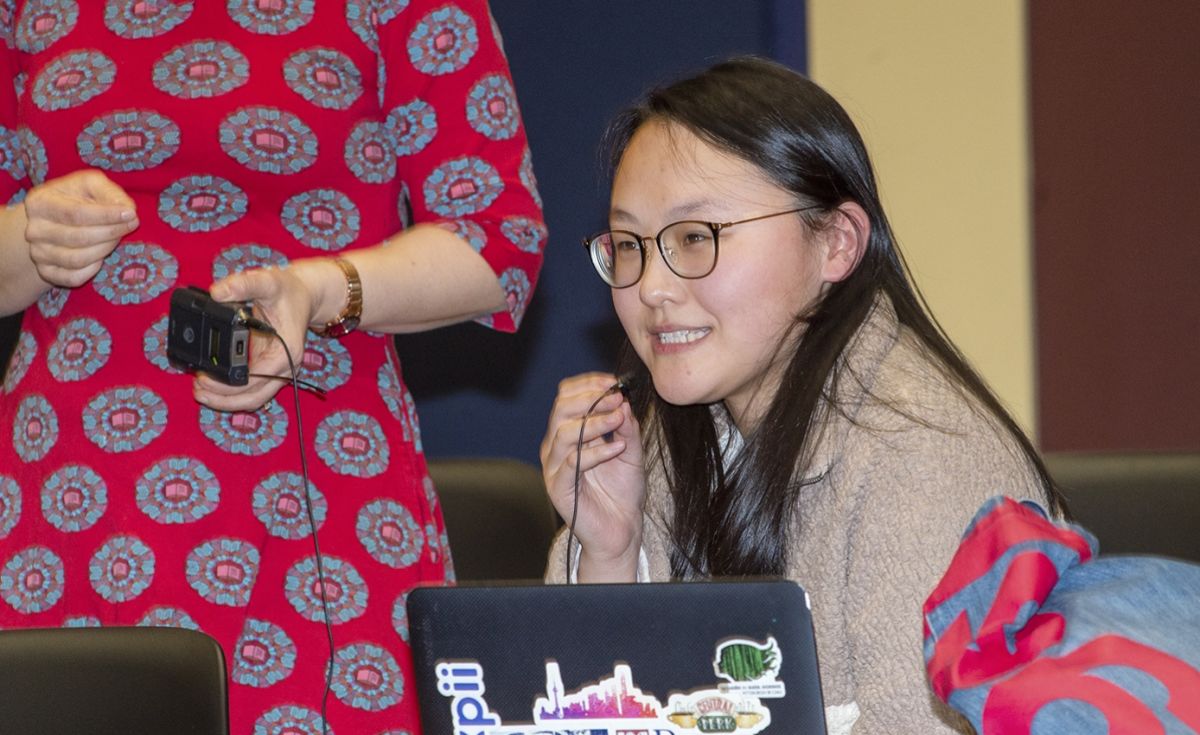 As news of Wuhan's struggle to contain the coronavirus spread in early February, Sacred Heart High School alumna and Associate Director of Pitt's Global Studies Center was quickly pulling together a panel to address growing anxiety among students, faculty and the greater community in its sister city. Despite the Teach-In being held on their day off from school, five Oakland Catholic students joined around 250 other attendees to hear from two Pitt scientists, two Pitt historians and an epidemiologist from the Allegheny County Health Department. Among the students who gave up their afternoon after Director of GCI Ms. McNulty alerted them to the event were sophomore Vivian Didomenico, junior Lauren Roming and freshman Quinnlin Stanek. Along with President Kasunic, they learned from experts about everything from virus receptors to precautions and logistics.

During the Q&A portion, senior Emily Gong, an international student from China, brought attention to the stigmatization that had surfaced since news of the outbreak. "I've had other international students talk to me about how they're being discriminated against," she said. "People come up to them and ask them questions and it's just the tone of their questions." Panelists encouraged everyone to keep themselves appropriately informed and call out misinformation. "Be the change you wish to see," said Professor of History Mari Webel, who cited "a combination of bigotry and information not grounded in accurate understandings of risk and prevention" that led to dangerous discrimination.