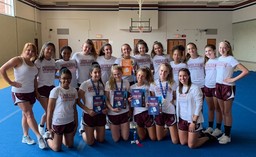 The OC Competitive Cheerleaders are ready for a fun and successful season!

On August 15 and 16, the cheerleaders went through two days of UCA (Universal Cheerleaders Association) Cheerleading Camp held in the OC Auxiliary gym. At camp, the Eagles worked together on cheers, dance, jumps, and stunting. They learned and hit elite stunts never before attempted by this group.

During camp, athletes had the opportunity to try out for UCA All-American. An All-American status is given to select individuals who have exemplified showmanship, poise, leadership, technique, and crowd-leading skills. Four Seniors; Maddie Marcello, Riley Kipp, Mia Tomasic and Tarah Fuller were selected as All-Americans and invited to cheer and dance in London! 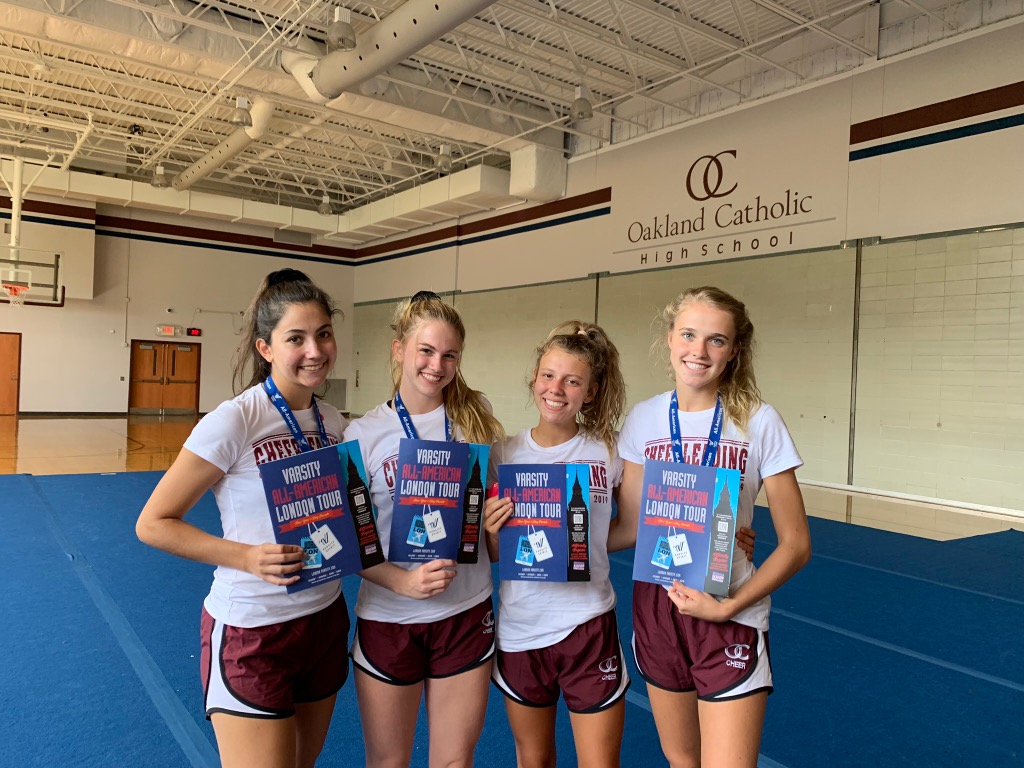 In between all their hard work, Coach Sirockman and Coach Robinson incorporated time for prayer and service. Over 130 letters were written to family and friends to support St. Jude Children's Research Hospital. Eleven athletes wrote 10 or more letters each, earning them a St. Jude proud supporter pin.

The team is excited for the season ahead! Good luck Eagles!