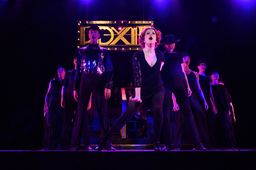 Congratulations to the cast and crew of Oakland and Central's Masque on their incredible production of the Broadway classic Chicago. Taking on the longest-running American musical is a daunting task for any company, but the Oakland/Central team tackled it with gusto. Not only did they thrill audiences with their collective triple threat of amazing acting, dancing and singing, their incredible performance also earned Masque members two nominations for Gene Kelly Awards! Annie Mihm '20, is up for Best Actress for her captivating portrayal of fame-hungry Roxie Hart and the entire cast is in the running for Best Execution of Choreography. Stunning performances, and good luck at the Benedum!